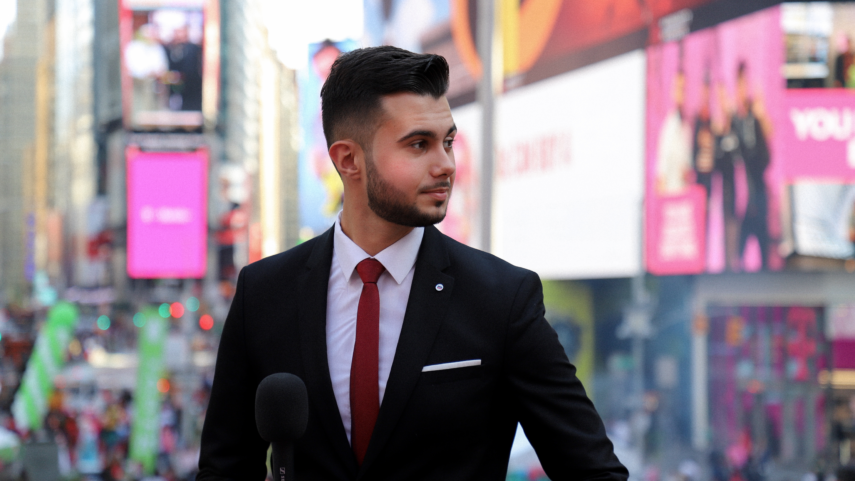 My name is Mykhailo Komadovsky, and I am an International broadcaster and TV-anchor based in Washington, DC focusing on US political and social issues, working as a Correspondent for Voice of America, producing content in English, Ukrainian and Russian.

One person, multiple functions. If you need a professional video report, live hit, photos or articles in English, Russian or Ukrainian, contact me and I’ll produce the quality content you need.

I have been working on TV my whole life; my classmates and I created the first Junior International News platform for children, partnering with 40 employees all over the world.

Later I worked as a correspondent for the Ukrainian news channel ’24’ and Russian opposition channel ‘Rain’ in Kyiv, focusing on Politics and International Relations. I interviewed influential politicians including John McCain, John Kerry, and Petro Poroshenko. I was on scene, reporting live from 2014 Revolution in Kyiv and from the devastating riots in Odesa on May 2nd, 2014.

In 2018 I joined the Deutsche Welle team, a German International Broadcasting Corporation, as a Moscow-based correspondent. A Ukrainian, living in Russia, reporting for a German Network on global news that mattered. My reports were devoted to events that were not covered on Russian State TV: a fire in a Kemerovo mall, anti-government protests in Moscow, activities of Russian opposition leaders, people persecuted based on their political views or sexual orientation. I was telling stories about local heroes. Truly. Independently.

I am a journalist. Following real stories, in the steadfast search for truth.